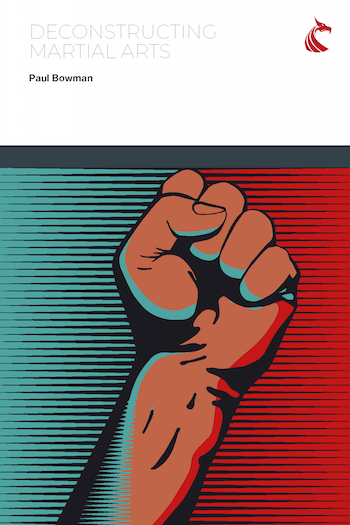 This chapter presents embodiment as a uniquely challenging problem for certain traditions and approaches to scholarship, particularly those that are implicitly or explicitly organised by the aim of establishing meanings. Such an orientation is exemplified by semiotics, of course, but the chapter argues that even approaches designed to critique semiotics and other forms of ‘logocentrism’ (or, approaches that focus on words and meanings) ultimately struggle in the face of dealing with aspects of embodiment. Even Derridean deconstruction – which was developed as a strident critique of logocentrism – struggles to move beyond the focus on words and meanings. So, the question becomes one of whether scholars interested in embodiment should reject or move beyond these kinds of approaches. Drawing on a loosely autobiographical narrative that touches on aspects both of the author’s academic training and his investment on martial arts and other physical cultural practices, this chapter argues that it is not simply possible to ‘reject’ or ‘move beyond’ the logocentrism of traditional ‘search for meaning’ orientations. It argues that even though this may seem relatively passé, ‘embodiment’ is still very productively conceived of as ‘embodiment of’ – i.e., as the embodiment of something else; specifically, as the performative and interpretive elaboration of something other that is received, perceived, felt, constructed, believed, assumed or otherwise lived as being either an aim, ideal, desire, objective, fantasy, or as a norm, or indeed as the warding off of something undesired or feared. The chapter poses questions of how to ‘capture’, ‘convey’ or ‘communicate’ embodiment in words, and interrogates the necessity of the current hegemony of the written word in academia. But it seeks to avoid any kind of evangelism about new approaches or understandings of embodiment, and twists at the end to propose that even certain forms of what we perhaps too quickly regard as ‘enlightening’ or ‘emancipating’ practices and techniques of embodiment might be regarded as traps, or indeed prisons.

This chapter distributed under the terms of the Creative Commons Attribution + Noncommercial + NoDerivatives 4.0 license. Copyright is retained by the author(s)